"No, my dear master," she said; "do not count upon it; I have not the strength to resist; I should die under the surgeon's knife. It is better to allow me to die thus. I no longer cling to life. All is at an end for me. It is better to die before learning what has happened to my family." And her master and mistress opposed, and said that she must take courage, that she would receive a reply to the last letters, which had been sent directly to Genoa; that she must allow the operation to be performed; that it must be done for the sake of her family.

But this suggestion of her children only aggravated her profound discouragement, which had for a long time prostrated her, with increasing anguish. At these words she burst into tears. "O my sons! my sons!" she exclaimed, wringing her hands; "perhaps they are no longer alive! It is better that I should die also. I thank you, my good master and mistress; I thank you from my heart. But it is better that I should die. At all events, I am certain that I shall not be cured by this operation. Thanks for all your care, my good master and mistress. It is useless for the doctor to come again after tomorrow. I wish to die. It is my fate to die here. I have decided."

And they began again to console her, and to repeat, "Don't say that," and to take her hand and beseech her. But she closed her eyes then in exhaustion, and fell into a doze, so that she appeared to be dead. And her master and mistress remained there a little while, by the faint light of a taper, watching with great compassion that admirable mother, who, for the sake of saving her family, had come to die six thousand miles from her country, to die after having toiled so hard, poor woman! and she was so honest, so good, so unfortunate. 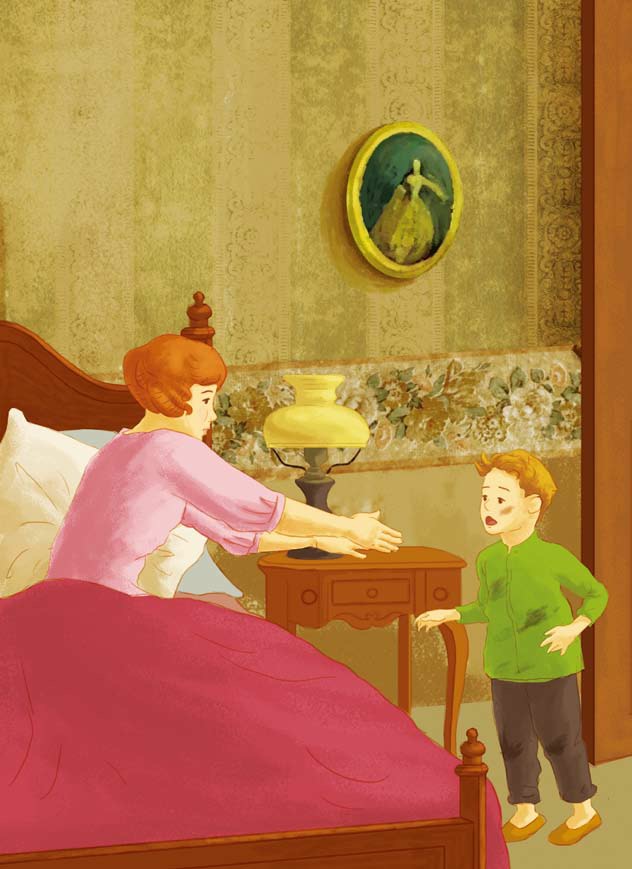 Early on the morning of the following day, Marco, bent and limping, with his bag on his back, entered the city of Tucuman, one of the youngest and most flourishing towns of the Argentine Republic. It seemed to him that he beheld again Cordova, Rosario, Buenos Ayres: there were the same straight and extremely long streets, the same low white houses, but on every hand there was a new and magnificent vegetation, a perfumed air, a marvellous light, a sky limpid and profound, such as he had never seen even in Italy. As he advanced through the streets, he experienced once more the feverish agitation which had seized on him at Buenos Ayres; he stared at the windows and doors of all the houses; he stared at all the women who passed him, with an anxious hope that he might meet his mother; he would have liked to question every one, but did not dare to stop any one.

All the people who were standing at their doors turned to gaze after the poor, tattered, dusty lad, who showed that he had come from afar. And he was seeking, among all these people, a countenance which should inspire him with confidence, in order to direct to its owner that tremendous query, when his eyes fell upon the sign of an inn upon which was inscribed an Italian name. Inside were a man with spectacles, and two women. He approached the door slowly, and summoning up a resolute spirit, he inquired: "Can you tell me, signor, where the family Mequinez is?" "The engineer Mequinez?" asked the innkeeper in his turn."The engineer Mequinez," replied the lad in a thread of a voice. "The Mequinez family is not in Tucuman," replied the innkeeper. A cry of desperate pain, like that of one who has been stabbed, formed an echo to these words. The innkeeper and the women rose, and some neighbors ran up. "What's the matter? what ails you, my boy?" said the innkeeper, drawing him into the shop and making him sit down. "The deuce! there's no reason for despairing! The Mequinez family is not here, but at a little distance off, a few hours from Tucuman." "Where? where?" shrieked Marco, springing up like one restored to life.