Joe Biden’s First 100 Days: Where He Stands on Key Promises

President Joe Biden is nearing his 100th day in office as president of the United States. During his campaign, Biden promised to reach several goals in his first 100 days as leader.

So far, his administration has centered its efforts on gaining control of the COVID-19 crisis. And Biden has honored most of his campaign promises connected to that issue.

The president also met a number of promised actions on climate change and the economy. But other issues have proved to be more difficult for the administration, including immigration. Biden is struggling with how to enact promised reforms in the face of a sharp increase in the number of foreign children seeking to cross the border. On some of his promises, Biden is waiting for Congress to act.

U.S. Vice President Kamala Harris takes notes as she speaks via videoconference with Guatemala's President Alejandro Giammattei to discuss solutions to an increase in migration as she looks for ways to defuse a migrant crisis at the U.S. border

U.S. Vice President Kamala Harris takes notes as she speaks via videoconference with Guatemala's President Alejandro Giammattei to discuss solutions to an increase in migration as she looks for ways to defuse a migrant crisis at the U.S. border 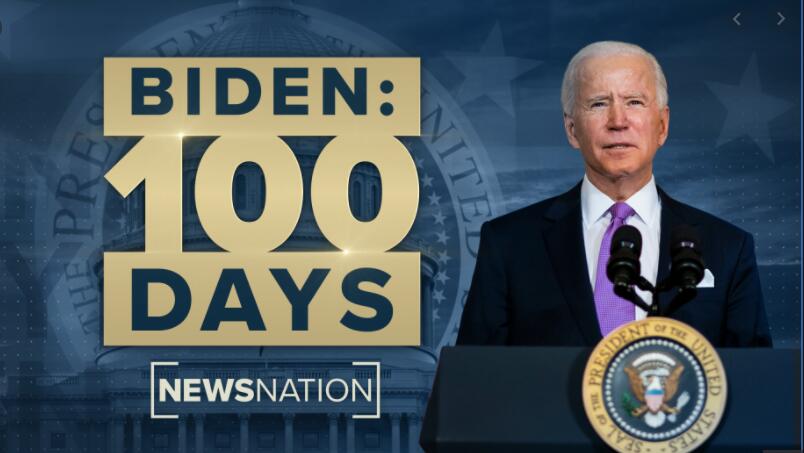 Biden has completed seven of the seventeen promises he made for immigration.

He sent Congress a bill that would offer an eight-year path to citizenship for people without documentation.

He ordered immigration agents to deport people who entered the US illegally only if they also have violated other laws.

He has taken steps to reunite immigrant families separated at the Mexican border. He protected children who arrived in the US illegally from deportation. He has also ended the travel ban for some Muslim-majority countries.

Finally, he has ended work on a border wall that began with the Trump administration.

Nine of his other immigration promises are still in progress. He was unable to keep one of his promises. A federal judge in Texas did not permit Biden to freeze deportations for 100 days.

Biden fully honored his promise to permit transgender individuals to join the military.

He decided against meeting his promise to create a police oversight board. After meeting with several rights groups and police representatives, Biden said such a board would not be productive.

He also has not yet met his promise to restructure the Bureau of Alcohol, Tobacco, Firearms and Explosives and other Justice Department agencies to better enforce gun laws.

Biden has successfully completed all of his COVID-19 promises.

The US rejoined the World Health Organization. He met his goal to administer 100 million vaccines, which was increased to a goal of 200 million. He pushed for a $1.9 trillion COVID-19 assistance bill which was passed by Congress.

He also created a world climate meeting for top officials where he persuaded nations to set lower emissions targets.

Biden will not permit new oil and gas structures on federal lands and offshore waters. He is also working to change back 100 public health and environmental rules set by Trump.

Biden has had mixed success with completing his goals for foreign policy. The one goal he fully met was recognizing the events that happened to Armenians during WWI as genocide.

His other foreign policy goals are either in progress or are hard to measure. For example, he has moved toward putting human rights at the center of his foreign policy, but he is not consistent with US allies. He did not hold Saudi Arabia's crown prince, Mohammed bin Salman, responsible for the killing of US-based journalist Jamal Khashoggi.

He is working to end the US involvement in the wars in the Middle East. He is also working to improve relations with allies which suffered under the former Trump administration.

He has completed actions to reduce the support shown to dictators like Vladimir Putin and Kim Jong Un. Finally, he is working to rejoin the nuclear deal with Iran, but Iran is resisting.